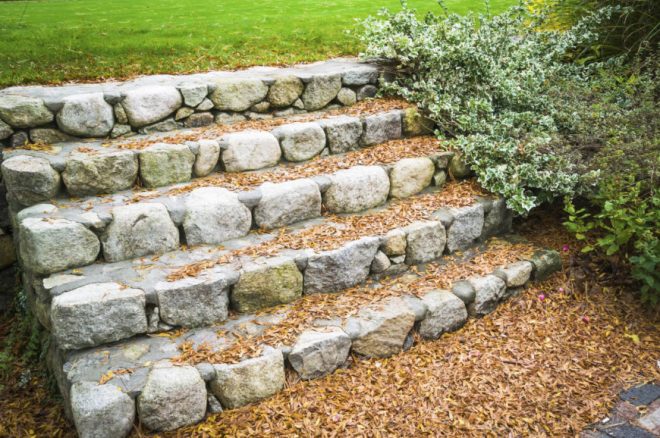 Jesus has just finished explaining that childlike faith and innocence are key to holding a spot in heaven, when He quickly switches tactics and hands out a couple of warnings: first about tempting others to sin, and second, about neglecting or demeaning them. He even tells a short story about a shepherd who leaves the large flock of ninety-nine to go look for the one lost sheep who has wandered away. It’s basically a mini-seminar on the importance of people to Jesus – the ultimate example of what it means to be “pro-life”.

He says it would be better to have a very heavy stone tied around your neck right before you are shoved off a very tall bridge than to ever cause a “child” to fall into sin. He admits that the world is full of temptation and will someday be judged for it. But He says it would be better to cut off physical body parts that cause us to sin rather than to try and enter heaven as a whole person. And He warns us not to look down on others because the angels watching over them are constantly in the presence of the Father above. Note: Jesus is especially concerned about those who are new or “young” in the faith, hence the reference to children or “little ones”. But really, nowadays, He could be talking about any one of us – physically young or old – who is exhibiting the innocence He desires.

You see, people are the reason that God became a man and walked the earth. The disciple John writes in his gospel that Jesus came to seek and save the lost (John 10:10). And while His primary mission was to the people of Israel, He ultimately made a point of reaching out to all human kind regardless of ancestry (2 Peter 3:9). Which begs the question: who are we to act any differently?

I know people can, at times, be trying. Some can be annoying or rude. Some can even be downright demeaning towards others. There are adults who passively and actively teach the younger generation to think of others as inferior because of their skin color or who they chose to love or even who they choose to worship. There are adults who preach words of hate against others who are different. They willingly promote fear of others. We have a man currently sitting in the Oval Office who makes a point each day of doing all these things and more. And some people choose to follow his example.

Yes, some of these people even consider themselves to be followers of Jesus. They sit in a pew on Sundays and sing. They attend bible study during the week. They tithe on a regular basis. They may even work in a church or as some part of a ministry team. But in their hearts, and by their words and actions, they not only demean others but encourage such sin in others. The Christ is saying: “Don’t be like them. Be like Me, instead”.

Notice how Jesus welcomed everybody, even the religious hypocrites who hated Him. Notice how He NEVER forced anyone to believe in Him. Notice how He places an emphasis upon going after the “one” who has strayed – to the point of there being much rejoicing in heaven over the return of this one over all the others who never strayed. Notice the extreme euphemism He  uses to explain how we are to avoid stumbling blocks of all kinds at all costs even if it means cutting the experience out of our lives altogether.

That last little bit is the reason I don’t go to church anymore. You see, going to church became a stumbling block for me. In the footnotes of this part of the chapter, my study bible states that for the individual “any relationship, practice, or activity that leads to sin should be stopped” (p. 1580). What was my sin? Inferiority. I felt judged every time I drove into the parking lot. And it made me angry. Who were these people to judge me? After all, we are all sinners. There’s no sin greater than any of the others. And yet, I was told I was immoral, unwelcome, and damned to hell.

But what about the command in Hebrews to keep meeting together? I can assure you when that book was written there were no mega-churches on the Jerusalem street corners. I still have contact with believers. I interact with them and learn from them and am challenged by them. Just not in a church setting. I tell you, I study the word more now than I ever did while sitting in a pew. And a lot of the music I listen to reflects the values of my Savior whether I’m walking into work or driving around town running errands.

Now I’m not recommending to anybody else that you stop going to church and follow my example. Uh-uh. All I’m saying is that you have to find what works for you. And what works for you may be sitting in a pew seven days a week. Maybe what works for you is making time to volunteer on a regular basis in some ministry opportunity outside of the church. Maybe it’s learning to be less material by giving some of your hard earned cash to a cause you believe in that benefits humanity as a whole. There’s no cookie-cutter here. We’re all individuals. We all have our strengths to play to – and from what I’ve studied in scripture, that is what God is asking us to do. To step out and step up into the purpose for which we were created in Him.

You’re going to have to find your own path. Mine is taken. At the very least, let’s heed the words of the Christ and resist the temptation to sin, or cause others to sin, with everything we have. Let’s keep encouraging each other to do the same. Let’s take His warnings seriously – because we are living in the world of consequences right now. And it ain’t pretty.