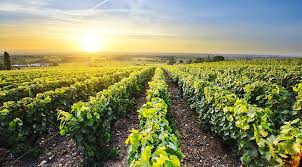 “But nothing lasts, except the grace of God, by which I stand, in Jesus

I’m sure that my whole life would waste away, except for grace, by which I’m saved”

I think it’s a primary characteristic of human beings to be ungracious. It’s just a part of the fallen nature. I know I’m guilty of it. That sense of fairness and entitlement; forgetting how wretched I truly am left to my own devices. Jesus understood it and in Matthew’s gospel, the author records a parable the Christ tells right on the heal of His “the first will be last and the last will be first” statement.

The setting of the story is a vineyard where the owner goes out periodically during the day to hire more and more workers. Some start the day off at dawn. Some start the day at noon. Still others start work at three in the afternoon. Finally, there’s a last batch who start so late, they only work an hour in the vineyard. Yet when it comes time to pay the workers at the end, they all get an entire day’s wage. Unfair? Sure sounds like it. And the workers who began the day at dawn are upset. They worked more hours so they feel as though they should be paid more. They even take their grievance to the vineyard owner.  They forget some very key facts.

First of all, it’s a privilege to work in the vineyard. Second, each group agreed to work for what the owner deemed was fair. And finally, it’s His money. He can do with it as He pleases.  Who are we to complain? And yet it’s hard because we live in a society and culture that pressures us to “get our fair share”.

How does this relate to us? What if Jesus had used the concept of a family instead of a vineyard?

There are some of us who have been believers most of our lives. We gave our lives to Jesus as young children. These workers started at dawn. Some of us did not come to a realization of the truth until later on in our lives. And still others of us have lived a long time without the truth, only accepting it at the end. And this story has nothing to do with the workers and everything to do with God’s graciousness. In the end, we are all given more than we deserve – eternal life (a full day’s wage).

The point Jesus is trying to make is that entrance into the Kingdom of Heaven is by grace only. The grace of what He would do on the cross for all of humankind. It’s His sacrifice (money) so He can apply it to anyone He wishes. As long as we work in the vineyard, We have to accept His invitation to work in the vineyard (become part of His family).

I’ve worked for a lot of employers in my life. Sometimes I’ve negotiated my own salary but most of the time I take what the employer is offering. At no time have I ever had a say in what other people get paid. That part is up to the employer. In the parable, Jesus is speaking to those who feel superior because of heritage (Jews), to those who feel superior because they have spent so much time with Christ (disciples), and to new believers (gentiles – the “johnny-come-lately” crowd). My study bible says we “shouldn’t begrudge those who turn to God in the last moments of life, because, in reality, no one deserves eternal life” (p. 1584).

We have no business feeling resentful at all as to how God distributes His grace, whether that manifests as acceptance of someone we deem as an outcast (homosexual) or as jealousy of what God has given another person.  What we need to be instead is grateful for God’s grace toward us and what He has given to us, both in this life and in the life to come.

One of the key characteristics of God is that He is generous and gracious, and as members of His family who work in His vineyard, we should continuously strive to imitate Him, especially with those who treat us poorly. Jesus ends His parable by reiterating his promise:

“So those who are last now will be first then, and those who are first will be last” (v. 16). Dear Lord, help me strive to be last now. Help me to be generous and gracious like you. Amen.