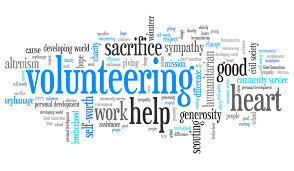 “Last night I turned on my tv and a preacher said to me / He said “Just send me a hundred dollar bill – God will bless you ten times, you’ll see!” / Some equate money with holiness, well my friend that is a lie / One man claimed God held him ransom; if he didn’t have enough he’d die! / But my life does not consist of all the things which I possess / Do you hear God’s call to faithfulness and not to success? / Give me justice” – Steve Camp, “Justice”, 1988

At some point in His earthly ministry, the mother of two disciples, James and John, comes to Jesus to ask a favor for her sons. She wants them to hold special positions in the Kingdom of Heaven. Even though Jesus says it’s not His place to make those decisions, when the other disciples find out about the request they are very upset. After all, they also want the honor of sitting on either side of Jesus when all is said and done. Isn’t that just so human of them (and us)?

For the past few weeks Matthew has been hammering away on this theme of who is the greatest in the Kingdom and Jesus has been patiently responding with the notion that the first will be last and the last will be first. It’s like He really wants us to get this message. You know the big megachurch just down the street? That’s not it. You know the pastor on tv who has millions of followers? He’s not it. The homeless guy on the freeway exit ramp who looks like he hasn’t showered in a month? Now that’s more like it. Go in that direction.

Jesus isn’t requiring us to become homeless or have poor personal hygiene. He’s just saying He is closer to those people than He is to the others. You want to gravitate towards the ones that society tends to leave behind: the foster kid, the lonely adult, the poor individual barely scraping by who relies on government assistance even though they work two or three jobs. The foreigner fleeing violence in their homeland. The socially awkward. The ones who have nothing to offer you. Those are the last who will be first in the Kingdom. And Jesus repeatedly says to His disciples (and to us): Pay attention to them! Love them! Help them!

Jesus doesn’t act surprised at the mother’s request. He’s not taken aback by it. But He doesn’t sugarcoat it either. He asks her, “Are you able to drink from the bitter cup of suffering that I am about to drink?” (v. 22). He’s talking about His upcoming crucifixion and death. This mother doesn’t know it at this point, but she will be among those standing at the cross looking up at this man-God as He suffers (Matthew 27:56). Jesus is trying to tell her (and us) that first there must be hardship and pain before glory and reward.

So why are the majority of Christians so earnestly pursuing a life of peace and ease here on earth? I get it. It’s not fun. It’s not pleasant. It hurts. It takes from us – this thing called life. It costs us something. That’s not cool. So yeah, we do just about everything we can to avoid it and we focus on the heavenly or the divine instead of the real.

Jesus states it this way: “You know that the rulers in this world lord it over their people, and officials flaunt their authority over those under them. But among you it will be different. Whoever wants to be a leader among you must be your servant, and whoever wants to be first among you must become your slave. For even the Son of Man came not to be served but to serve others and to give His life as a ransom for many” (v. 25-28).

It’s all about servant leadership. That megachurch pastor – he may be a great speaker on Sunday mornings but does he go home to a seven figure residence? What kind of car does he drive? How expensive is his suit? None of that is servant leadership. Avoid it like the plague.

Instead, follow the person who regularly visits someone in prison; who serves a daily hot meal to the ones who don’t know where their next meal is coming from; who’s hands have grease on them from working on their neighbor’s car to get it running again so they can get to their jobs; who lives in a struggling neighborhood; who spends their free time visiting the sick and the lonely…

It’s not hard to find Jesus if you know where to look for Him. And in the meantime, let’s put others always before ourselves. I need this reminder just as much as anybody: Others first. He lived so.