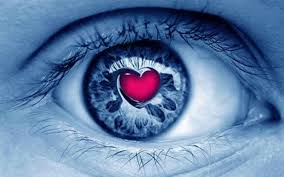 “He sat in the darkness at the edge of the road / He heard the crowd passing by but he couldn’t go / So he started crying like a child at the door / When they tried to quiet him, he shouted it more / I want to see! / Free me from this darkness sweeping over me! / I want to see! / Son of David, have mercy on me” – Ray Boltz, “I Want To See”, 1992

My physical eyesight is not the greatest. For a while, I could get away with only wearing contact lenses. But with age, fine print is often hard to decipher so glasses need to be brought in. Bi-focals, more precisely. And I hate it. Still, it’s better than being blind. I can’t imagine how upended my life would become if I were suddenly unable to physically see at all.

This Jesus guy in Matthew’s gospel has just finished giving a mini-sermon on how to be great in God’s kingdom by seeking to serve others with your life. As He and His disciples are leaving the town of Jericho (yes, that Jericho) with a large crowd in tow, two blind men seated by the side of the road began calling for Him to come over. The crowd tells them to be quiet but the blind men don’t listen. They only call out even louder. And Jesus, perhaps sensing a teachable moment, stops. He asks the two men what they want Him to do for them. Surprise, surprise – they tell Him they want to see, physically. Let’s stop there for a moment.

As we have seen in example after example throughout Matthew’s writing, Jesus has no problem with healing others. Story after story talk about Him healing the sick and the lame and the demon-possessed. He’s a one-man medicine hour show on the road. And He never rolls His eyes or turns people away or complains how He never gets anything in return. He just does what needs to be done. He;s a fairy god-mother on steroids. Nothing is impossible. But blindness? It was one of the signs of the Messiah.

Interestingly enough, these blind men don’t call Jesus by his birth name, but rather call out that He is the Son of David, the family line of the Messiah. They see exactly who He is with their hearts. And He responds. They may be blind but they know only the Messiah can heal them. And somehow they have come to believe that Jesus is the Messiah without physically seeing any of His handiwork. Now that is great faith.

Of course, Jesus heals them. He reaches out and touches their eyes and instantly they can see. AND THEN THEY START FOLLOWING HIM. No goodbye to mother or father. No running off to see a world they hadn’t been able to see in years if ever before. They saw Him with their hearts and immediately followed. It makes me wonder how often I am like that.

I think it’s ironic that the blind beggars outside of Jericho knew Jesus was the long-awaited Messiah but the religious leaders of the day had absolutely no clue. They only saw Jesus as a threat to their power and station in life. They couldn’t open the eyes of their heart to the truth. Though they could physically see, and had in fact seen Jesus’ miracles time and time again, they were lost in a spiritual darkness that threatened to consume them.

The next stop after Jericho was Jerusalem and Jesus’ triumphant entry into the city. But as we will see in Chapter 21, that joyous occasion was short-lived. The very people who so enthusiastically welcomed Jesus into the city would turn on Him a few days later. The disciples would eventually scatter.  And the religious leaders would appear to have the upper hand. The spiritual darkness which burdened them would become a physical darkness over a hill known as Golgotha.